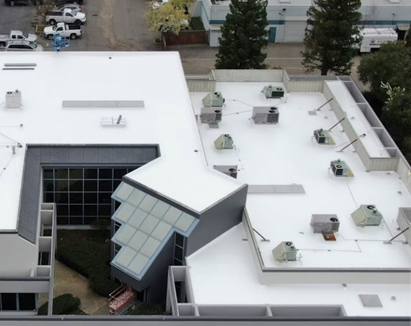 The Grohmann Museum is part of the Milwaukee School of Engineering, which is located in Milwaukee, Wisconsin. This was one of the most exciting building renovations in the city because it involved one of the most exciting roofs. This museum was built around 83 years ago, and the structure was recently used as the check clearing facility for the Federal Reserve Board.

This is the state of the art building, and it is considered as one of the most prominent historical building which attracts tourists from all parts of the country. The overall area of this building is 38,000 square feet and was built in 1924. It remained unoccupied for several years and was acquired by MSOE regent Eckhart Grohmann who donated this building to MSOE.

Changes in the Roof

Several things make this project unique and exciting. The most prominent one was its green roof, which contains sod instead of natural green roof plants. The statues in the roof garden became old and prone to leakage, so they require unusual roof membrane placement. Also, the tapered insulation system consisted of an EFVM layer – a way to detect leakages. The EFVM layer creates low voltage circuitry, which can be used to identify the leakages quickly.

We build an action plan to cater to the problem of leakages as well as the old, weakened structure of the roof. The final solution was to provide the extra support wit the lightweight materials like copper and aluminum to strengthen the structure and remove the existing old material.

We applied several spray coating on the roof to ensure that it is waterproof and applied a temporarily modified bitumen membrane to protect the interior fo the building. The challenge was to keep everything look original.

The management asked our team to work under a low profile because the museum is inside the fully functional engineering school. So, keeping this thing under consideration, our team worked without disturbing the daily routine of the university, which was a pretty challenging task.

We had to make sure that the building does not lose its ancient identity and should be viewed as an old building. The pillars which were supporting the building failed terribly, and there was a chance that the roof might collapse if nothing was done to strengthen the pillars.

So, we strengthen the pillars as well by applying the copper and the other metals in the pillars. The other challenge was to make that the walls of the building were able to handle the changes we were making. Therefore we utilized the most light and durable material possible.

The commute was a significant problem because our team was not able to bring heavy equipment and pieces of machinery in this busy part of the city. They world ed hard and compromised on the working times by working in the night to make sure that the project is completed in time.

The results were astonishing, and the donor, as well as the management of the museum, were very happy. The auditing team gave positive ratings to the quality which our team provided in such a short timespan.