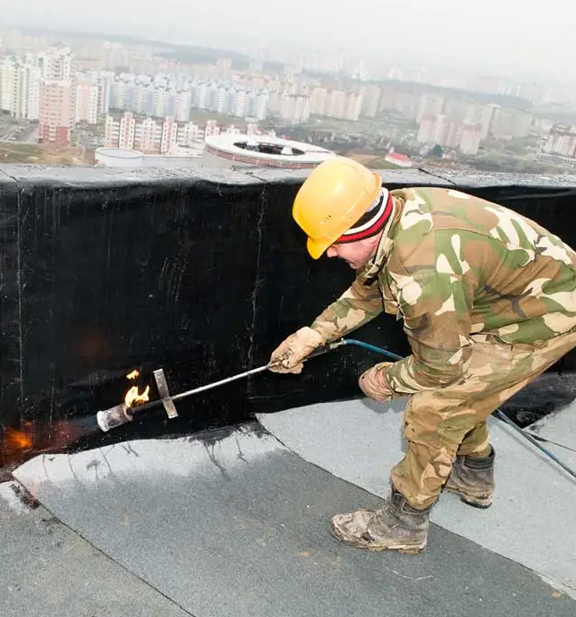 The Amarillo National Bank was founded in 1892 right after the city of Amarillo was established. B.T. Ware purchased this bank in 1909. He was a renowned cattleman and a merchant banker. After his death, his descendants took the command of the bank in their hands.

Since then, this bank has been thriving more than ever, and it has become the largest 100% family-owned bank in the country. This bank has also been named as the “Bankers of the Century” in 1999 edition of Texas Monthly. Now, this bank is being run by the 5th generation of the family in the same place as it was founded more than 100 years ago.

The building had gone through the renovation a lot of times. However, this time the challenge was to repair the roof, which was a big concern for many years. The previous renovations were focused on the walls and office equipment, and the roof was never considered as the major problem.

Therefore, the roof became prone to extensive leakages and cracked due to aging.

Our inspection team first visited the site to check the amount of damage to the roof caused by aging. The management of the bank asked for the complete solution of the roof because it was becoming a significant issue in the daily routine of banking staff.

The Flat Roof Pros completely removed the existing spray foam roof and placed a modified bitumen roof on it. This new roof was placed on the structural concrete deck. We installed a foam adhered insulation, adhered  TPO, and the cover board.

The overall material was lightweight to ensure that the old building could bear the load. However, the quality was not compromised, and these lightweight materials were equally good in providing good strength to the roof. The whole roof was covered with three coats of spray to address the problem of leakages.

A proper drainage channel was placed to let the water and snow pass away. We also consulted on the maintenance agreement to make sure that the roof stays in shape and proper care is taken.

This project was quite challenging because of some factors like: